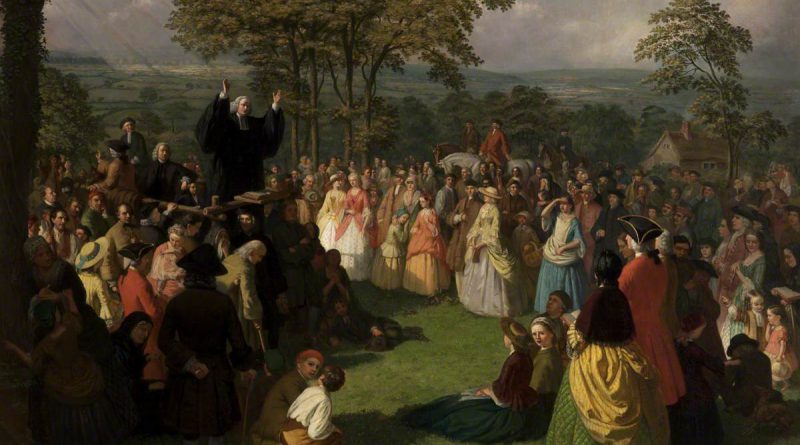 It probably didn’t help that the only thing I thought I knew about evangelical Christians was that they didn’t like gay people.  I had no idea what the gospel was or what “getting saved” entailed.  But I’d seen enough televangelism and protest signs to know that they thought that gays were evil and destroying the country.

I was surprised to find gay people (actively pursuing gay relationships) who bothered with Christianity, who went to the trouble to try to come up with a view of Scripture and Christian faith that would support gay sex and relationships.  I thought, man, why would you even bother?  Out of curiosity I looked at some of their arguments about Scripture, and thought to myself, “It’s a good thing I’m not a Christian, because I don’t find any of this particularly persuasive.”

But I was even more shocked to come across the people who at the time called themselves “ex-gays”, who often still acknowledged a significant degree of homosexual attraction.  Yet they still upheld a traditional sexual ethic and sought to live by it and honor God in that way.

If I had not encountered such people and recognized that they were gay or homosexually attracted just like me, I do not think I would have become a Christian.

It is true that I eventually figured out they were like me without their speaking the language with which I was most familiar.  But it took considerable persistence and curiosity to tease out that truth.  It would have been a much quicker discovery process if they had spoken language I understood.  I still have some old emails I wrote reaching out to a guy who ran one of the biggest ex-gay resources on the internet.   He graciously and patiently answered many of my questions, but it was still very difficult for me to wrap my mind around it all.  If I hadn’t been curious enough to stretch myself to try to understand them and what they were saying, I wouldn’t have pursued the connections and friendships with people who ultimately taught me about Jesus, who encouraged me to consider the possibility of being His disciple, who suggested that Jesus had a claim on me, that He wanted me for His own.  That I was accountable before Him, and the proclamation of the gospel came even to me, and I was called to respond.

When I heard “you can’t be gay and Christian”, before my own little ethnographic adventure studying the ex-gays, where I came to understand the finer points of freaking out over identity and labels,  I heard that Christianity was not for me.  That I was unacceptable, not just in the way that we are all unacceptable, but especially unacceptable, a kind of unacceptability that grace could not undo.  Unredeemable.  That Christianity offered no hope for me, and the best I could hope for was that there was no God, or at least no Christian God.

This misunderstanding still happens.  We in our Christian circles have this detailed distinctions between these nuances and shibboleths of labels and identity, but most people aren’t familiar with them.  They hear “You can’t be gay and Christian” as saying that they cannot be Christian with their present experience and attractions.   They aren’t familiar with our convoluted linguistic gymnastics.

“….Most of the English-speaking world is already using gay to describe sexual attractions.  If I refuse to call myself a gay Christian, if I say that ‘gay’ and ‘Christian’ are contradictory identities, a lot of people will hear me saying that they have to be straight to follow Jesus.  And I’ll do whatever it takes not to communicate that message.  I’m willing to risk being misunderstood by the church if it means being understood by the world Jesus died for.”

I remember reading someone criticizing him for this, on the grounds that as a Christian he ought to put the church and other believers first.  But this is utter silliness.  When we assess “who comes first”, we must recognize what is at stake in each case and do a bit of intelligent triage.  For the person in the world who is confused by our language, their understanding of the gospel could be on the line.  For the older straight Christian who is simply unsettled by fellow believers using the word gay, what is at stake?  A little discomfort?  A little confusion that can be explained away far more easily than trying to get to someone outside the church to comprehend an entire alien worldview?