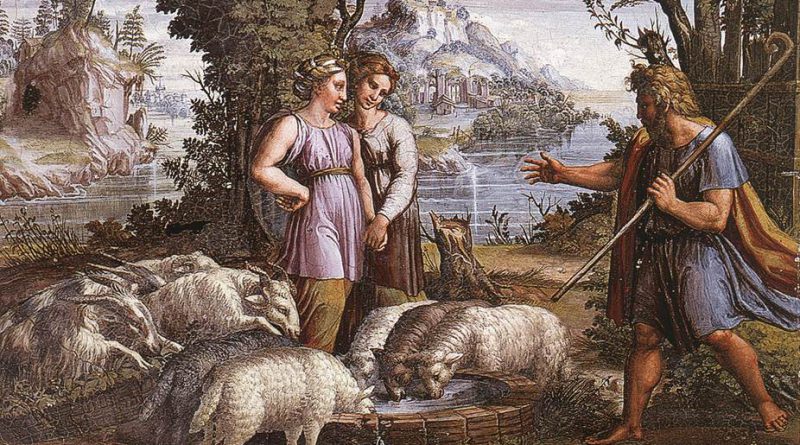 One of my reservations about collapsing gayness/same-sex attraction into sin is that I’m not sure that homosexual attraction is reducible to homosexual desire.  So even if it were established that desire for forbidden acts is sin (something which seems plausible to me), I’m not convinced that same-sex attraction or gayness itself would be sin.

This is not the argument that gayness is “really” about same-sex friendship or aesthetic admiration or something like that.  I think desire is an essential feature of gayness, as far as I’m concerned.  If you don’t experience sexual desire for your own sex, I don’t think you’re gay.

Even though I consider sexual desire to be at the center of our experience of attraction or orientation, I think it has unessential but common accompaniments, in gays and straights, with which most of us are familiar, and which are rightly associated with our orientations.

You wouldn’t conclude you were heterosexual simply because you felt butterflies in your stomach around someone of the opposite sex.    If you don’t experience heterosexual sexual desire, that’s not enough to make you straight.  But if you were aware of heterosexual desire, you might recognize that you were experiencing other “symptoms” as being attached to the attraction in some way.

If you’re straight, there’s a way in which you sometimes get nervous around people of the opposite sex in which you don’t get nervous around people of the same sex.  Wanting to get coffee with someone you’re attracted to feels rather different from wanting to get coffee with a friend, even if you just want coffee!  The brush of the back of their hand against yours makes your pulse race.  The time you spend together is intensely, wonderfully delightful, whatever you happen to be doing.  Their views and interests might exercise a powerful sway over yours.   (You all of a sudden find yourself with an interest in following a particular sport, reading a particular author, watching a particular TV show.)

In short, there are all these kinds of responsiveness, which most of us recognize as making up part of our sexual orientation–which needn’t involve any desire for sexual activity.

So yes, my experience of same-sex attraction sometimes includes sexual desire.  But as I mature (all too feebly and slowly) in the faith, and become stronger and quicker in taking every thought captive and denying any feeding of lust in my thoughts or heart whatsoever, I see these other, subtler phenomena more clearly.  I recognize my gayness in how I can feel nervous or hyper around particular women, even in the absence of a sexual or romantic thought.  I see my gayness in my increased desire to spend time with someone and get to know them, even in legitimate non-sexual activities.    I see my gayness in my heightened enjoyment of the company of certain people, even when we are doing totally non-sexual things.  And I can see my gayness in the influence of some other woman’s interests over my own—I may take up an interest in something I’d never given thought to before, because she likes it or cares about it.  I can see my gayness sometimes in how I may have a distorted (i.e., overly generous) view of someone’s traits, gifts and weaknesses.  Sometimes I can recognize that the words coming out of a particular woman’s mouth seem especially fascinating and insightful because they are coming out of her mouth, rather than someone else’s.   Sometimes I see that I am easily overlooking faults in a particular woman that I would be much less inclined to overlook, that I might well even be annoyed by, in most other people.

Sometimes it’s even slighter and subtler than that. Sometimes it’s simply a matter of finding myself unintentionally paying a different level of attention to women rather than to men. I notice them more, I remember their names more easily. They simply register on my brain more, make more of an impression.

In an unfallen world, I would experience these sorts of phenomena with men and not women, I think.  These experiences would help pull us toward the opposite sex and enhance our experience of attraction toward them.  They would be part of an overall pattern of responsiveness and delight that would lead toward fruitful and faithful marital union.  So when they are homosexually inflected, I believe they are broken and fallen.

But it is possible for something to be broken and fallen but not sinful.  And it seems to me that at most, there’s an argument for desire for sinful sexual activity (or perhaps a desire for sexual “possession” of the beloved)  being sinful.  (As a Reformed Christian, I have a lot of…attraction for this point of view.  But I’m struck by the pastoral reservations of some wise and godly men I admire,  and I must say I think Robert Gagnon makes some excellent points in this conversation which cast doubt on the Biblical interpretations being proffered.)

One thought on “Facets of Attraction, Part 1”